1. The move for MLSs to transition to ONLY RESO-compliant IDX feeds is not that difficult

According to RMLS™, to make the move, MLSs will need an effective promotional campaign to be sure each of your technology companies is aware of the reasons for the change and knows exactly what they need to do to make the transition successfully.

Be sure to set a deadline with a reasonable timeframe to allow each of your IDX providers to meet the deadline. Since many of the largest IDX providers have already made the transition in RMLS™, it should make it easier for them.

Brokers support the idea of making IDX feeds RESO-compliant. They applaud MLSs that make this bold move. Join forces with RMLS™ and make the move in your MLS. It’s hard to argue that standardized real estate listing data is not good for our industry. It makes it easier for brokers to collect and distribute information from multiple MLSs on their website. It allows technology companies to move into new markets more quickly. It also allows MLSs to collaborate in new and exciting ways.

The leaders at RMLS™ in Portland, Oregon decided to take a bold step designed to help brokers and agents achieve all of the benefits of standardized information for online marketing.

RMLS™, one of the pioneers in the MLS industry, decided to align their IDX feeds with RESO standards. While that might sound like a daunting task, they found the transition to be relatively easy to achieve.

Christina Smestad, Vice President of Operations at RMLS, told us, “We know that IDX feeds are highly valued by our brokers, so we wanted to make it easier for them to aggregate data from our MLS and others for their online marketing efforts.”

According to RMLS™, the process was relatively painless. The hardest part was to communicate the reasons for the transition to all of their IDX providers. Once the word got out that RMLS™ was serious about transitioning their IDX data to a RESO-compliant data set, their IDX providers made the move quickly. Within just one month, RMLS™ had transitioned just about every one of their IDX technology partners to align with the RESO standards. Now every broker in the RMLS™ area can take advantage of rich, deep and engaging data to use on their broker and agent websites.

RMLS™ engaged a promotional campaign for several weeks to inform their IDX providers about why they were moving to a RESO-compliant IDX feed and then outlined the process of how each technology company could move to standardized data.

They also set a hard deadline that gave each IDX supplier a due date that they had to live by.

Movoto estimates that the move to a RESO-compliant IDX feed took them one engineering sprint to map the data, test the reliability of the feed and ensure that it was populating their site effectively and consistently. While this effort did cost them some money in terms of development time and resources, they wholeheartedly support the effort. They believe that for future MLS markets they will be able to cut down the development time to less than half.

According to Laura Dansbury, Head of Product Management, “Movoto was thrilled to work with RMLS™ in Portland to make the transition to a RESO-compliant IDX feed. This move ensures that our data will be more comprehensive and consistent, helping us to improve our online marketing effectiveness which is key to our success. We also believe that it will help make the information more reliable and allow us to innovate as new fields get added to the RESO Data Dictionary. We welcome a focus on standardization like this and hope to see more MLSs do the same thing.”

Dansbury goes on to say, “We believe it will also make it much easier for us to expand into new markets. While there is development time and cost associated with a move to RESO compliant data, we wholeheartedly support the effort. In the long run, we know this will SAVE us time and money. We highly encourage every MLS to follow RMLS’ lead and align their IDX feeds with the RESO standards.”

The road to standardized real estate information is a long and arduous one. MLSs have made great strides by adopting RESO standards and even becoming officially RESO certified, but the job is FAR from being finished. Don’t quit now. Follow RMLS’ direction and leadership and require every one of your IDX providers to move to standardized information. Brokers will appreciate the move and the technology companies supporting the effort see the marketing benefits for their businesses, too. With just a simple promotional campaign, you can make this important move toward a much more efficient and customer-centric industry.

HURRY! Early Bird About to EXPIRE for RESO Fall Conference 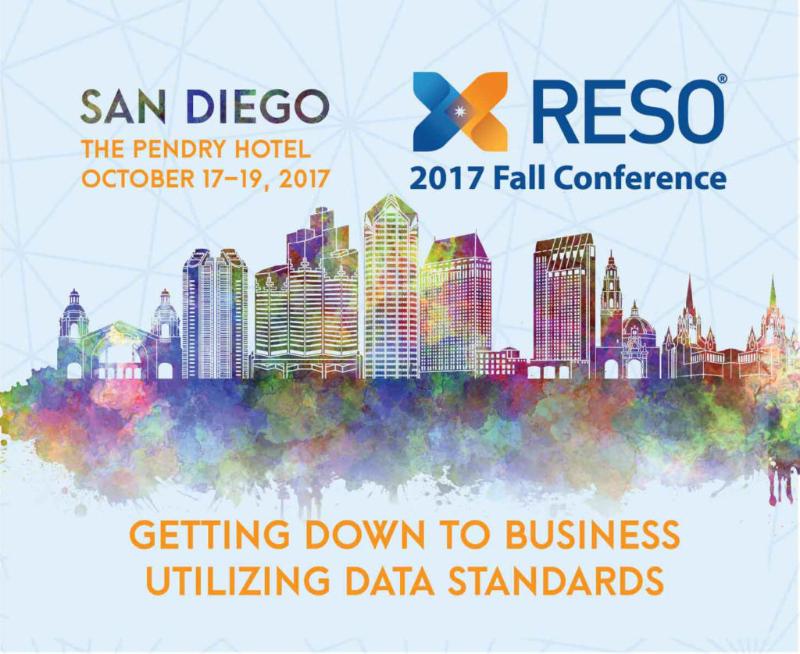 RESO is becoming the foundation for efficiency and innovation for MLSs around the country. Learn how you can strengthen your organization with RESO by attending RESO’s Fall Conference in San Diego on October 17-19 at the uber-trendy, brand new Pendry Hotel. HURRY, early bird registration closes in less than 10 days!

If you have any questions about how to make the move to a RESO-compliant, standardized feed, feel free to send a note to info@reso.org.